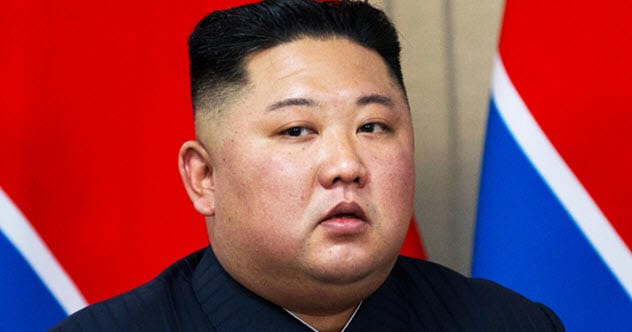 
Social media outlets are filled with side-by-sides of a thin Barack Obama next to his not-so-thin successor. But President Donald J. Trump is not the most overweight president that the United States has seen, and he’s a lot smaller than past leaders from other parts of the world.

Here, we take a look at some of the most obese political figures in history (politely sorted by year of birth, not by weight).

Kublai Khan was the fifth Great Khan of the Mongol Empire. Grandfather Genghis Khan groomed young Kublai and his brothers to lead. Kublai learned to ride horses and shoot a bow and arrow. He studied ancient Chinese philosophies. And, in his twenties, he received a small area of northern China to rule.

Khan fought his own brother to become the Great Khan. He conquered and united China. And he founded the Yuan dynasty, a Mongol and Chinese empire. Khan reigned from 1260 to 1294.[1]

The loss of Khan’s favorite wife and eldest son devastated him. Comforting himself with excessive eating and drinking, he grew obese and got severe gout and other health problems. He died on February 18, 1294, at age 78. His body is in the khans’ secret burial site in Mongolia.

How to get fat in Mongolia in the 1200s: The food and drink of the Mongol Empire was simple. Dairy, fruits, vegetables, and herbs were staples. Meats came from sheep, goats, oxen, camels, yaks, and wild game. All Mongolians enjoyed alcohol: fermented mare’s milk was a favorite! The foods were healthful—it was pure overindulgence that led to obesity.

Henry VIII was the second Tudor monarch. (Dad Henry VII was the first.) He was just 17 years old when he became the king of England in 1509. He served until his death in 1547.

Henry VIII married six women in his quest for a male heir. When his first wife didn’t give him one, Henry wanted his marriage to be annulled. He fought with the Pope and made himself Supreme Head of the Church of England. The English Reformation began.

Good hygiene was hard in the 16th century. The bloated Henry was plagued with leaky boils. He was hurt in a jousting accident which gave him a chronic, smelly ulcer on his leg for the rest of his life.[2]

He also ate like a king. When he became too obese, he needed mechanical items to get around. Historians also think that the binge eater had type 2 diabetes. King Henry VIII of England died on January 28, 1547, at age 55.

How to get fat in England in the 1500s: Rich Tudors loved bread, meat, and sweets. At banquets, they feasted on leg of pork, meat pie, gingerbread, and sugared almonds. Drinking water was not healthful, so the wealthy Tudors tossed back plenty of wine while the lowly types settled for ale without hops.

Fun Fact: As a young man, Henry VIII was fit and athletic.

Empress Maria Theresa Walburga Amalia Christina was an Austrian archduchess from 1740 to 1780. She began her 40-year reign when her father, Emperor Charles VI, died. Maria Theresa was the only female ruler of the Habsburg dynasty and the last of the House of Habsburg. She was the sovereign of nearly a dozen nations, including Austria and Transylvania.

Historians say that Maria Theresa gave birth to 16 children. Her youngest daughter was Marie “Let them eat cake” Antoinette (hint: fake news! She never uttered that sentence or anything like it). Marie Antoinette married Louis XVI and became the queen of France. Maria Theresa died on November 29, 1780, at age 63. Depending on the source, she is believed to have died of a heart attack or pneumonia.

How to get fat in Austria in the 1700s: The Habsburg Empire consisted of more than a dozen nationalities. They made wonderful cultural contributions to Austrian cuisine. Think coffee, crepes, sausages, pastries, soups, dumplings, and souffles.

William Taft was the 27th president of the United States and the 10th chief justice of the Supreme Court. Born in Cincinnati, Ohio, he graduated from Yale College and the University of Cincinnati College of Law. In 1880, Taft was admitted to the Ohio State Bar Association.

In November 1908, Taft won the election for the US presidency, thanks to a powerful endorsement from his predecessor Theodore Roosevelt. He was defeated in 1912 by Woodrow Wilson.[4]

The 183-centimeter-tall (6’0″) Taft was nicknamed “Big Lub” in college and “Big Bill” in later years. He weighed about 159 kilograms (350 lb) while president, and a special porcelain bathtub—2.1 meters (7 ft) long, 104 centimeters (41 in) wide, and 907 kilograms (2,000 lb)—was delivered to the White House to accommodate his girth. (There is no evidence to support rumors that he ever got stuck in a bathtub.)

How to get fat in the US in the early 1900s: The first decade of the 20th century was focused on food. Congress passed the Pure Food and Drug Act in 1906. And the 1904 World’s Fair in St. Louis gave Americans an opportunity to try foods that were often new to the general public, including cotton candy, puffed rice, hot dogs, peanut butter, ice cream cones, Jell-O, fruit icicles (now known as Popsicles), and soft drinks like Dr Pepper and Hires root beer.

Fun Fact: Taft was the last president to have a cow for fresh milk at the White House.

Sir Winston Leonard Spencer-Churchill was a British statesman who served as prime minister of Great Britain from 1940 to 1945 and again from 1951 to 1955. He was knighted by Queen Elizabeth II in 1953, the same year in which he received the Nobel Prize for Literature.

Churchill suffered from poor health throughout the last 25 years of his life. He was not healthy during World War II. He had a heart attack in 1941. And in 1943, he came down with pneumonia. Churchill died on January 24, 1965, from a severe stroke. He was 90 years old.[5]

How to get fat in Britain in the mid-1900s: Food rationing was introduced in 1940. Bananas, onions, and chocolate were replaced by dried egg, dried potato, and Spam. English cooks substituted naturally derived sugars for the unavailable butter, flour, and sugar. Carrot fudge, anyone?

Fun Fact: Churchill was named an honorary citizen of the United States.

Following the death of Joseph Stalin, Georgy Maximilianovich Malenkov was the leader of the Soviet Union from 1953 to 1955. At age 16, he enlisted as a volunteer in the Red Army. A short time later, he joined the Communist Party of the Soviet Union and quickly rose through the party ranks.

In 1946, Malenkov joined the Politburo as a candidate member. His political rival died mysteriously in 1948, and Stalin appointed Malenkov to a leadership position. He resigned in 1955.

In 1957, Malenkov led a failed palace coup against Nikita Khrushchev and was thrown out of the Politburo. In 1988, the 86-year-old Malenkov died of natural causes in political obscurity.[6]

How to get fat in the USSR in the mid-1950s: Cold War dishes included such classics as okroshka, aspic, and blini. The Soviets also loved fried eggs with jam, chicken Kiev, and caviar.

Fun Fact: There is no English-language biography of Georgy Malenkov.

Idi Amin was the president of Uganda from 1971 to 1979. His brutal crimes against humanity made him one of the deadliest dictators in history. Over the course of three decades, Amin rose through the military ranks, and in 1971, he overthrew Uganda’s leader and declared himself president.

During his eight-year reign, Amin claimed responsibility for the extrajudicial killings and genocide of half a million people. He enjoyed a lavish lifestyle while his people suffered in a collapsing economy. After he was overthrown in 1979, Amin fled Uganda. He was 78 years old and living in Saudi Arabia when he died from kidney failure in 2003.[7]

How to get fat in Uganda in the 1970s: The matoke or matooke is the national dish of Uganda. This steamed and mashed green banana is considered to be one of the most ancient foods of the world. Overall, Ugandan cuisine boasts English, Arab, and Indian influences. Local produce includes beans, peanuts, plantains, and sweet potatoes. And Uganda is a great place to go for crunchy, deep-fried grasshoppers.

Fun Fact: Idi Amin is rumored to have practiced cannibalism.

Laurent Kabila was the third president of the Democratic Republic of the Congo (formerly Zaire). In 1960, he helped to organize a revolutionary army during the Congo Crisis, but the rebellion failed. The corrupt and murderous Joseph Mobutu (also known as Mobutu Sese Seko) ultimately became president of the country in a coup in 1965.

In 1967, Kabila founded the People’s Revolutionary Party. He spent two decades amassing tremendous wealth through extortion and robbery. Although Kabila was thought dead in 1988, he reemerged in 1996 to begin the First Congo War.

In 1997, he overthrew Mobutu and remained in power until 2001. His leadership was criticized, and he was dubbed “another Mobutu.” In early 2001, the 61-year-old was assassinated by one of his own bodyguards.[8]

How to get fat in the Congo in the 1990s: Congolese cuisine typically includes a starchy ingredient combined with vegetables and meat to create a stew. Fermented bread, green vegetables, fish, and rice with spicy sauces round out flavorful meals. Only a tiny portion of the land is cultivated, and nature’s offerings differ greatly from one end of the republic to the other.

Abu Abdul Bari (the “Mufti of Mosul”) does not run a country. But the morbidly obese leader of ISIS gangs has been a powerful force of evil in the Middle East. (Abu Abdul Bari is not to be confused with Adel Abdel Bari, an Egyptian militant who pleaded guilty to a series of Islamist bombings in 1998.)

The 254-kilogram (560 lb) ISIS leader is also known as “Shifa al-Nima,” “Jabba the Jihadi,” and “the Islamic State’s very own Jabba the Hutt.” When captured in January 2020, he was too large to fit into a police car and had to be hauled away on a flatbed truck.[9]

Prior to his arrest, Bari had issued inflammatory religious decrees (fatwas). On religious grounds, he also tried to justify the enslavement, sexual exploitation, and torture of ethnic minorities, like the Yazidis, in Iraq.

Becoming a fat ISIS leader in the 2000s: According to some reports, ISIS militants eat just one meal a day. Some claim that it is for religious reasons, and others blame food shortages. Militants allegedly “embrace cannibalism” when food supplies run low. So, why is Jabba so obese? His enormous size is likely due to many years spent in hiding. Who knows what he may have been eating all that time?

Fun Fact: In 2014, Bari gave orders to destroy a mosque that stood on the supposed burial site of Jonah, the biblical prophet who was once swallowed by a whale.

Kim Jong Un has been the dictatorial Supreme Leader of North Korea since 2011. The “Great Successor” followed in the footsteps of his father and grandfather. When he assumed his dictatorship, Kim removed (or executed) many of North Korea’s senior officials. Today, he is establishing a notorious legacy of weapons testing, cyber warfare, economic plight, prison camps, and human rights violations.[10]

In 2009, reports suggested that Kim—a heavy smoker—suffers from hypertension and diabetes. In 2015, it was reported that the leader had gained more than 30 kilograms (66 lb) of body fat over a period of five years, bringing his weight to 130 kilograms (290 lb).

How to get fat in North Korea in the 2000s: In North Korea, cold noodles are a staple as well as tofu, rice, and porridge. Poultry, beef, and seafood are plentiful. North Korean food—flavored by bean paste, sesame oil, ginger, and pepper flakes—is considered to be milder than that of South Korea.